NASHVILLE, TENN. (May 3, 2022) Capitol CMG artist and songwriter Anne Wilson continues to make history with her chart-topping debut album, My Jesus, which has claimed the number one spot on Billboard’s Top Christian & Gospel Albums and its Top 200 Christian & Gospel charts. The album also landed in the Top 10 on Billboard’s Album Sales chart. Additionally, My Jesus made recent label history scoring the largest debut week in more than 15 years by a Capitol Christian Music Group-signed new artist.

“I never would’ve dreamed I’d be releasing a record to the world and it going number one in the first week,” says Wilson. “God is so faithful and I’m just blown away by His goodness! All Glory to God. Here’s to all He will continue to do through this project!”

“Every once in a while a special new artist comes along that stands out from the rest,” shares Brad O’Donnell CCMG, Co-President. “Anne Wilson is already breaking new ground and setting records with her debut album. We couldn’t be happier to be her partner and celebrate this major milestone with her.”
“Anne is a one-of-a-kind talent,” states Hudson Plachy, CCMG, Co-President. “It’s so encouraging to see the fans respond to such an amazing album and creative expression from Anne. We are so excited about the debut numbers. We are honored and proud to be Anne’s partner to get her music out to the world.”

Fans can look forward to the highly anticipated music video for her soulful track with Hillary Scott “Mamas,” premiering this Wednesday, May 4th, just in time for Mother’s Day.

Fans can catch Wilson on tour this summer with CROWDER and additional dates found on her website www.annewilsonofficial.com. 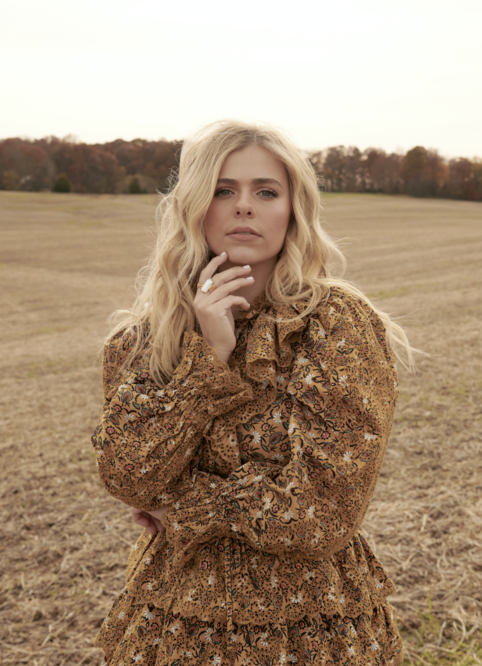 Wilson’s introductory track, “My Jesus”—which she co-wrote with Jeff Pardo and Matthew West—is a warm invitation to experience her Savior in the same intimate way she knows Him. She released a debut three-track single—also titled My Jesus—for Capitol Christian Music Group in early 2021 and followed it up with a live EP, My Jesus (Live in Nashville). Her song, “My Jesus,” charted on the Spotify Viral 50, Shazam Top 200, and Rolling Stone Top 25 Trending charts. Her story was also featured with the Religion News Service and The Washington Post. She made her Opry debut on the iconic stage in September 2021. Wilson was featured in Billboard Magazine as the October 2021 Chartbreaker artist.