06 May CITIZENS DROPS THEIR NEW SINGLE “EVERYTHING AND MORE”, WHILE ANNOUNCING MORE NEW MUSIC IS SLATED FOR LATER THIS YEAR

6 May 2022 – Nashville, TN – Seattle-born alternative band Citizens announces today’s release of their latest single, “Everything And More,” while also announcing more new music is slated to drop later this year. Listen HERE to the new song and view the video below when it goes live at 12pm CT today.

Citizens invite everyone into their journey of faith that they candidly explore through song. Never shying away from lyrics that have the ability to reach deep places of the listener’s souls, the group desires to bring people together around vulnerability and acceptance, such as with “Everything And More.” Co-written by the band’s lead vocalist Zach Bolen and member Brian Eichelberger along with Taylor Leonhardt (Mission House), Bolen shares, “When I think back on it, this song was a springboard for discovery.”

While writing one day at the piano, it was from that moment that every song on the project came from living in a space of revelation and admission that perhaps God was bigger than one could possibly know. “Everything And More,” which also features his children in the background, became the start of Bolen’s journey of unlearning and reimagining the scope in which he, and in turn we, view God. Citizens inspire us to reconsider our perception of God with music that pushes the boundaries of what “Church music” usually sounds like.

Bolen adds, “Imaginations are crazy, but they give us something to aspire to, and in this case for me, it was expanding the walls that I’ve boxed God into. For me, this song is about my own deeper discovery of God, but I want the listener to hear it through their own perspective,” he concludes.

About Citizens: Writing songs with honesty and artistry – songs that tell true stories of their journeys – is the heartbeat of Zach, Brian, Connor, Adam, and Daniel, who collectively make up the band Citizens. The Seattle-born band has an abundance of talent as musicians and writers, crafting beautiful and engaging songs full of musical creativity and substance. Citizens’ desire has always been that their songs would be approachable and accessible, creating space for people to connect to the music and each other, wherever they’re at in life.

After five albums on which their unique alternative rock sound has been refined, Citizens announces an upcoming album in 2022. The seasoned band is exploring a deeper discovery of God through this project, engaging their listeners’ imagination, and inspiring them to reconsider perceptions of God with worship that pushes the boundaries of what “Church music” usually sounds like.

Citizens’ heartbeat is to pull up a seat at the table for conversation. Their music is a place for questions and perspective shifts, and hopefully a person’s own deeper discovery of an ever-present God.
The first batch of Citizens’ new songs is coming out in early July 2022, while the full album is to be expected in November. 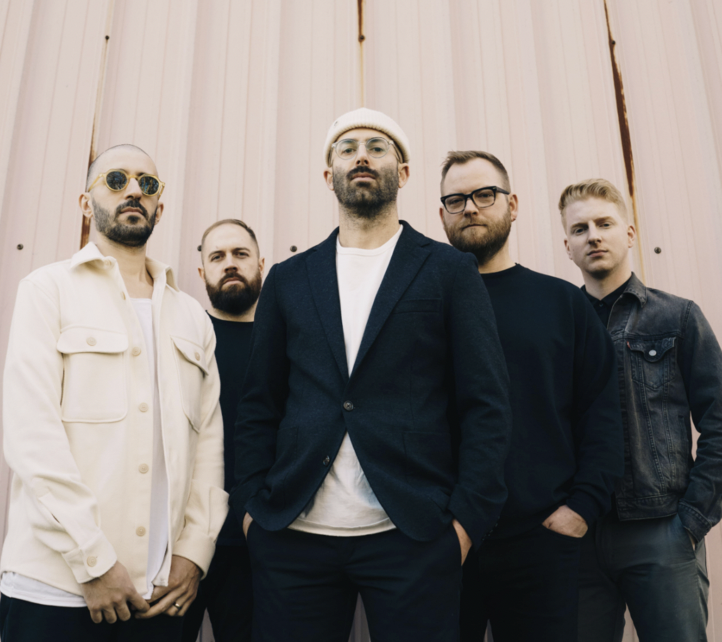 INTEGRITY MUSIC ANNOUNCES ANCHOR HYMNS, A COLLECTIVE OF ARTISTS AND MUSICIANS CREATING SONGS FROM A THEOLOGICAL LENS
CITIZENS DROPS THEIR NEW EP TODAY, A THOUSAND SHORES
LESLIE JORDAN IS BACK WITH NEW A SINGLE, “GREAT I AM,” OUT TODAY