20 May AMANDA COOK RELEASES HER STATE OF THE UNION ALBUM

NASHVILLE, TENN. (MAY 20, 2022) Worship leader and songwriter Amanda Cook gives her State of the Union as her new album is available today. State Of The Union is the third installment following her two solo albums, Brave New World and House On A Hill, and her first worship album release with Provident Entertainment. Click here to stream the album now.

“State of the Union looks at where we intersect with God, with each other, and with ourselves,” explains Amanda Cook. “It’s about relationship and healing the way that I relate to everything. We can’t control or manipulate anything that happens out there, the only things we can control are our thoughts and what’s in our hearts. The fact that we get to bring our thoughts to the Christ-mind is incredible. Sometimes I forget how kind he really is, and that we can sit in His love and compassion.”

Cook co-wrote the songs on the new project with GRAMMY®-winning producers Jason Ingram and Paul Mabury (Lauren Daigle, Cory Ashbury) as well as renowned worship leaders and songwriters Steffany Gretzinger and Pat Barrett. Celebrating her new album, she has hosted listening events in both Los Angeles and Nashville with her close friends, songwriters, and producers to share the heart behind the songs. She also sat down with New York Times bestselling author and podcast host Annie F. Downs to have a conversation about her album. Episode 1 of this multi-part discussion will be available on Cook’s YouTube beginning today.

“The title started out as kind of a joke,” she shares with Annie F. Downs. “Throughout the making of the album, I was dealing with a lot of mental clutter and anxiety. I would give these speeches to my producers about where I’m at and what I’m dealing with, and so one day Jason [Ingram] asked, ‘So, Amanda, what’s the state of the union today?’ and I probably gave him a speech about how insecure I was or what I was going through.”

Supporting the release of the album are lyric videos for three of the songs, “Miracle of the Mind,” “While We Wait,” and “Where the War Ends.” In addition, the audio-video for the song “Our Jesus” is available now. All of the videos are linked below. State of the Union will be available to listen in Spatial Audio on select platforms for those with compatible headphones or speaker systems. 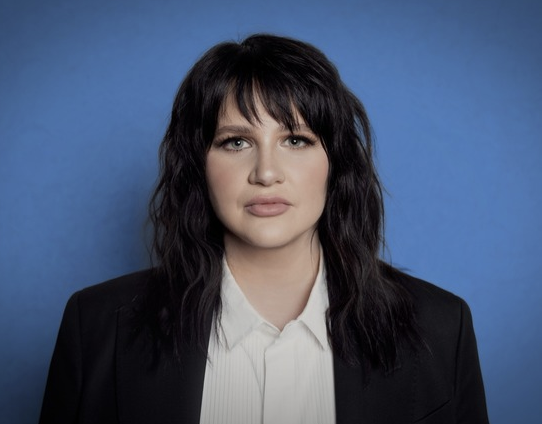 ABOUT AMANDA COOK: Amanda Cook is a writer/musician/lover of books who’s been busy working on several musical projects. She uses music as her go-to mode of transportation and connection. Cook has released several albums that explore the intersections of faith/doubt, love/loss, hope/despair, and fun/not-fun under several monikers (Amanda Cook, Falcon, Ile Des Chenes). She enjoys writing songs that feel helpful, healing, and read like a poem with or without sound. Her debut solo album, Brave New World, earned her a GMA Dove Award for “Inspirational Album of the Year.” Songs she has penned include “You Make Me Brave,” “Pieces,” and “Closer.” Her latest offering, State of the Union, was released in May 2022.