Posted at 21:47h in General, News by MergePR

Also Receives YouTube Million Subscriber’s Award, While “The Wheels On The Bus” Is RIAA-Certified Platinum 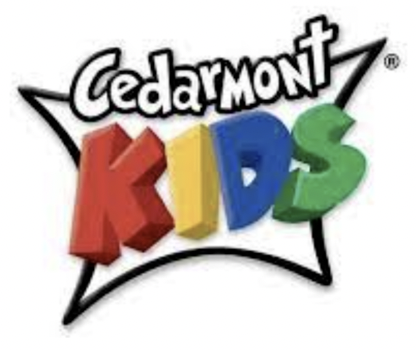 15 December 2022 – Franklin, TN – Cedarmont Kids, the leading children’s brand in Christian Music was recently surprised with a reception at the Provident Entertainment offices with the announcement that the video “If You’re Happy” had surpassed one billion views on YouTube – a rare accomplishment shared by few videos worldwide.

In addition to being added to The One Billion Views Club, Cedarmont Kids owners Mike and Sue Gay were also presented with plaques recognizing One Million YouTube Channel subscribers and a RIAA® Platinum Single certification for “The Wheels On The Bus.”

“What incredible milestones reached by Cedarmont Kids,’” shares Provident Entertainment President Holly Zabka. “The number of young lives the music and ministry have impacted is immeasurable, and Provident is honored by our 29 years of partnership with Cedarmont Kids and Mike and Sue Gay.”

At press time, the number of Cedarmont Kids’ YouTube subscribers is now 2.64 million, and the video for “If You’re Happy” has reached 1,004,153,791 views. Cedarmont Kids is happy to announce that new videos and audio content will be released throughout 2023, which also happens to be Cedarmont’s 30 anniversary year.

ABOUT CEDARMONT KIDS: Since its founding 29 years ago, Cedarmont Kids has sold over 22 million albums and garnered numerous Platinum and Gold certifications for both its audio and video titles. Cedarmont has built a broad customer base by focusing on well-known classic songs and selling its products at affordable prices. Their diversified catalog now features CDs on five labels: Cedarmont Kids Classics, Cedarmont Kids Gospel, Cedarmont Niños, Cedarmont Baby, and Cedarmont Worship for Kids. Fifteen of these titles were Spanish releases.

They have also developed a series of eleven DVDs, which are live-action, sing-along versions of the audio recordings. For more information, visit cedarmont.com and their socials below.