Lion & Bear Loss is an integral part of the human experience. It’s impossible to escape. That’s why, sometimes, the best we can do is simply learn how to lament. For brothers-in-law Andrew Enos and Michael Landingham, unimaginable loss brought them together, uniting them in both grief and consolation. As they began to process their emotions, songs emerged and an unexpected musical collaboration was born. Named after the animals David defeated before he faced his greatest opponent, Goliath, Lion & Bear create art that… 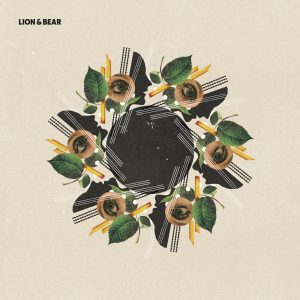 Loss is an integral part of the human experience. It’s impossible to escape. That’s why, sometimes, the best we can do is simply learn how to lament. For brothers-in-law Andrew Enos and Michael Landingham, unimaginable loss brought them together, uniting them in both grief and consolation. As they began to process their emotions, songs emerged and an unexpected musical collaboration was born. Named after the animals David defeated before he faced his greatest opponent, Goliath, Lion & Bear create art that invites listeners to remember the faithfulness of God in the midst of life’s darkest valleys.

Not only do Lion & Bear’s songs find their genesis in real-life experiences, but these same experiences shaped the actual origins of the band. Michael married Andrew’s sister, and nearly a year into their marriage, they discovered they were pregnant with twin boys. As fate would have it, Andrew and his wife were already pregnant at the time—with twin girls. Although premature, Andrew’s wife delivered two healthy babies.

At 23 weeks, doctors discovered Michael’s twins were suffering from a rare twin-to-twin transfusion syndrome, where one child was receiving more nutrients than the other. A procedure to adjust their nutrient intake was promptly scheduled, but before the couple could reach the hospital for the surgery, Michael’s wife went into pre-term labor. Miraculously, both boys were born breathing, but they each passed within the next three days. Nevertheless, Michael and his wife had the chance to hold their babies in their arms, singing over them as they took their final breaths.

“We’d never really gone through anything like this in our lives. At that moment, it was just like, ‘God, where are You? How is this happening to me?’” Michael reveals. “I think it was a raw time for me personally, just letting the weight of what was happening kind of sink in, but then knowing that God was still there. He was holding us. I wanted to hate Him; I wanted to run. All these things were going through my mind; but I knew at that point that He was with us, that He wasn’t going to leave us, and I held onto that.”

Before the wound inflicted by the loss of his twins had even healed, Michael’s sister succumbed to cancer. Another loss was simply more than he could bear, and he turned to alcohol to numb his pain. “It changes you,” Michael says. “When you go through something like that, you’re not the same anymore.”

Meanwhile, Andrew and his wife found out they were pregnant again; this time with a son. However, a routine ultrasound revealed that his heart had stopped beating. Days later, Andrew’s wife delivered their stillborn child—another blow to their already hurting family.

“There’s just nothing that can prepare you to be holding your lifeless child, but I think there are beautiful things that come from tragedy,” Andrew admits. “I didn’t know there was a deeper level that I could love my wife, and somehow, walking through loss just drew us closer to one another; and I’m grateful that it was closer and not further apart. She’s just my hero. Watching her walk through something like that and then be a mother to our other children, you learn really quickly that life doesn’t slow down when you hit a speed bump like that.”

Tragedy also became the catalyst that pushed both Michael and Andrew together. The brothers-in-law channeled their loss into lyrics. Friends since childhood—long before Michael ever expressed interest in Andrew’s sister—the two men were playing music together. As adults, they found common ground in learning how to grieve alongside each other. As they began to move forward with their musical duo—officially formed on Thanksgiving Day—life also carried on; and the mourning slowly morphed into sunrise.

In time, Michael sought help for his growing alcohol addiction, and his wife gave birth to a daughter, Selah, who is now almost one. Meanwhile, Andrew and his wife welcomed their sixth and seventh child. “God does bring beauty from ashes. He keeps His promises,” Andrew confidently shares. “Even through my loss—through our loss—I’m able to look at all of our babies, to look at our families, and to see the fruit of God’s hand on our lives. Even in the midst of pain, there’s so much of God’s goodness to see.”

Recognizing the tangible goodness of God in the face of his daughter, Michael began to pen the words to Lion & Bear’s lead single, “Held By Your Love,” just a few days following the death of his nephew. He sent an emotional voice memo to Andrew with a verse and chorus, and the duo finished the song later that night. On Easter morning, during the global pandemic, they recorded a scratch vocal in the bathroom, with Andrew taking lead and both vocalists singing the melody in unison. While they recorded a professional vocal later on, they chose to keep the original “bathroom version,” which Chad Carouthers produced via FaceTime. If you listen closely, you can hear traces of their kids’ voices on the track.

“I think with every line of the song, there are experiences attached to it,” Andrew offers of “Held By Your Love.” “It encompasses the story, the heart of the band.”

Showcasing the heart of both a lion and a bear, the duo’s self-titled debut from BEC Recordings serves as a fitting introduction to the pair’s experimental sonics, boundless creativity, and thoughtful lyricism, revealing they’re not afraid to wade into the pain with people. The lyrical depth of “Stillness,” for example, opens the door for a conversation surrounding mental health, depression, and anxiety—often taboo topics in Christian circles. “These are very real things that everybody deals with, but it’s almost forbidden to discuss in church,” Michael observes. “It’s a real thing we struggle with, and I know the Lord can meet us in that. God comes down into the valley, and He weeps with us, and He holds our hand, and then He leads us. Sometimes that process is slow. Maybe it’s not like a sprint, but it’s a step forward each day.”

The shipwrecked imagery of “Lighthouse” illuminates the way forward when we find ourselves putting one heavy foot in front of the other. Meanwhile, the expansive production of “Greater Is He” points to a strength beyond ourselves. The oldest song on the project, “Greater Is He” was initially inspired by a portrait painted by Michael’s wife and bearing the quote: “Lord, I can’t, but You can.” The stirring simplicity of this worship anthem is what first caught the attention of BEC and led to an official partnership with the Southern California duo. Today, it serves as a shining reminder of a past overwhelmed with pain and a future overcome with promise.

While unique in sonic nuance, the EP’s four distinct tracks—all recorded during quarantine—speak to lament in the wake of loss and hope in the midst of heartache, something Lion & Bear know all too well.

“They all carry this theme of God being in the midst of your chaos,” Michael offers of the songs found on the duo’s debut. “He’s right there with you. He’s in your valley. He’s in your desert. He’s in your storm, and He’s holding you. You’re not alone.”

It’s a mantra they live out together in solidarity as friends, as family. While the subjects of their songs bear the mark of suffering in the midst of unspeakable tragedy, they also radiate the light that somehow still fills Andrew and Michael’s eyes. Life may have left them with some scars, but they’ve weathered the storms together and come out on the other side with something that resembles joy—captured in their subtle humor and playful personalities that start to emerge when they’re working together, evidence of their love for their craft and for one another. After all, Lion & Bear is more than just another family collaboration. Lion & Bear is a testament to two lives refined by fire.

“Hope is the message, and pain is the platform. We really want to offer the hope we’ve experienced,” Andrew adds. “God is not the arsonist who starts the fire; He’s the firefighter who puts it out. He’s the one who walks with us and stands with us. He is Emmanuel—God with us—and that’s in every circumstance. We won’t find ourselves in a fire that He’s not willing to stand with us in.”