Posted at 13:12h in General by MergePR

While Performing At Numerous Festivals This Summer, Touring Plans Are Underway For This Fall And Christmas

12 July 2022 – Nashville, TN / Seattle, WA – Since the release of his self-titled debut full-length album this past spring, which includes “Weary Traveler,” his first No. 1 career single and “Fires,” which charted for 45 weeks, Jordan St. Cyr is excited to share his latest song, “No Matter What.” Already one of the most added overall at AC Radio and AC Monitored and placed on New & Active at both Christian Airplay and AC Indicator charts, the new music video for “No Matter What” debuts today on his YouTube channel beginning at 10am CT. Be sure to tune in as St. Cyr will join in on the premiere to chat with fans and share more about the song and video.

“‘No Matter What’ was written through a hard personal season, and the revelation I received through it changed everything,” Jordan St. Cyr shares. “I began to understand the faithful nature of God really has nothing to do with me, and that my heavenly Father stands in the trenches and fights for me not because I have somehow done something to earn His favour. He is faithful not because I am faithful, rather it’s because He loves me unconditionally. No matter what this life may bring, the choices I make, the amount of faith I have, I know that God is with me.”

St. Cyr is sharing many of his songs at various festivals and concerts around the U.S. and in Canada this summer. Appearing at Lifest Music City, Kingdom Bound, and Light The Way, he is also set to appear at King’s Island with Skillet on July 23. Fall and Christmas plans are also underway and will be announced shortly. Touring non-stop since the start of the year, he kicked off 2022 touring with Anne Wilson before joining Jeremy Camp’s “I Still Believe Tour.” Be sure to visit his tour page for the most updated schedule. 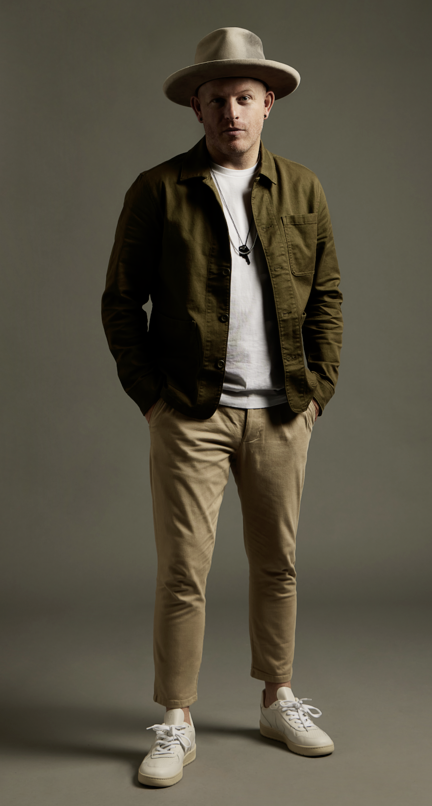 ABOUT JORDAN ST. CYR: Jordan St. Cyr is a husband and a father of two boys and two girls. Using his gifts of songwriting and performing to share the Gospel with the world, it was “Fires,” his career hit single, that appeared on the Billboard Christian Airplay charts for 45 weeks and climbed in the top 5. The song continues to reach millions weekly followed by “Weary Traveler,” which was No. 1 for multiple weeks on multiple charts. His latest single is “No Matter What,” now at radio.

St. Cyr began 2022 by being named the No. 2 Top New Christian Artist of 2021, according to Billboard, which also listed “Fires” in four of the top year-end Christian songs charts. He also performed at the annual March For Life in Washington, D.C. in front of thousands and completed a tour with Anne Wilson before he joined Jeremy Camp’s “I Still Believe Tour.” Fall and Christmas tour plans are now underway while he is spending the summer on the festival circuit.
Over the years, St. Cyr has worked alongside many amazing songwriters, producers, and artists who have encouraged him along his journey. He has played numerous events of all sizes and has revealed to him, humanity’s deep desire for meaningful connection and the hope to find something more vibrant than our current reality. With songs such as “Fires,” “Weary Traveler,” and “No Matter What,” St. Cyr continues on a pursuit of hope, even in our darkest moments, to know that God gives us stories to share and encourage one another through our fires and weary travels, to provide us with strength in the midst of them.

For more information, go to jordanstcyr.com and his social links below.