Posted at 13:23h in General, News by MergePR

“When working on this album, I realized all the songs I was writing dealt with healing in some way, something we all need,” shares Mark Hall of Casting Crowns. “This deluxe album is the full picture about healing, about how God meets us where we are and what His healing looks like. Healer is a scripture-filled push forward, challenging us to seek true healing from Jesus, the only Healer we need.”

Celebrating the album’s release, the band is releasing a new music video for one of the new tracks, “No Hurt.” This anthemic song is a perfect setting for the music video that highlights the Urban Bicycle Food Ministry in the Nashville area. Fans can donate to the ministry on YouTube while watching the video. Urban Bicycle Food Ministry is a ministry that provides meals, basic needs, and a relationship to people on the streets in both Nashville and Memphis, Tennessee. Learn more about UBFM here.

Casting Crowns will continue sharing the music from Healer with fans this fall with their 37-major-city tour beginning on September 27th. The arena tour will feature special guests CAIN and Anne Wilson. Click here for cities and information.

In addition to the new album and tour, Casting Crowns continues to make an impact with their music. With more than 20 years of bringing heartfelt music and messages to listeners, Casting Crowns has recently been named the No. 1 Top 10 CCM Artists and Top 5 CCM Group according to Finney’s Fast 5 from Finney Media Group. Published this summer on CMB and based on the research of the library songs from across the country, the band is the largest testing artist group and has 14 high-testing songs. 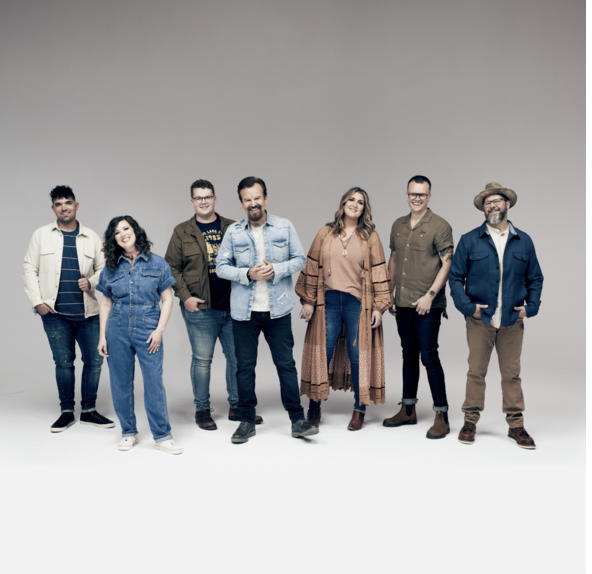 The band’s 2018 release, Only Jesus, was met with astonishing success and response. Casting Crowns received their newest RIAA Gold Certification for their No. 1 song “Only Jesus” and RIAA Platinum Certification for the song “Nobody.” This album also produced two No. 1 radio singles, including the group’s 15th career No. 1 radio single, a GRAMMY nomination, a 2019 Dove Award, two 2020 Dove Award nominations, and two Billboard Music Awards nominations for “Top Christian Album” and “Top Christian Song” (“Nobody” ft. Matthew West). The impact of this album three years later includes more than 480 million streams life to date. The band released Healer in January 2022 followed by Healer (Deluxe) in August. For more information, visit CastingCrowns.com.

TODAY SEU WORSHIP RELEASES A FULL-LENGTH LIVE ALBUM, HEART CRY
THE LONG-AWAITED ALBUM FROM ZACH WILLIAMS, A HUNDRED HIGHWAYS, IS OUT NOW
THE DEBUT ALBUM FROM BEN FULLER, WHO I AM, IS OUT NOW