Posted at 23:27h in General, News by MergePR

The 53rd annual event was held Tuesday, October 18 at Lipscomb University’s Allen Arena and aired this evening on Trinity Broadcast Network (TBN) and the TBN app. The theme for this year’s awards was Sound Of Heaven.

Voted on by the GMA Professional Membership, this year’s nominees were chosen from over 2,000 submitted entries and include a wide range of creativity and artistic integrity in both artist and non-artist categories.

Below is a complete list of Provident Entertainment winners.

Provident Entertainment operates under the umbrella of Sony Music Nashville. Find out more at ProvidentEntertainment.com. 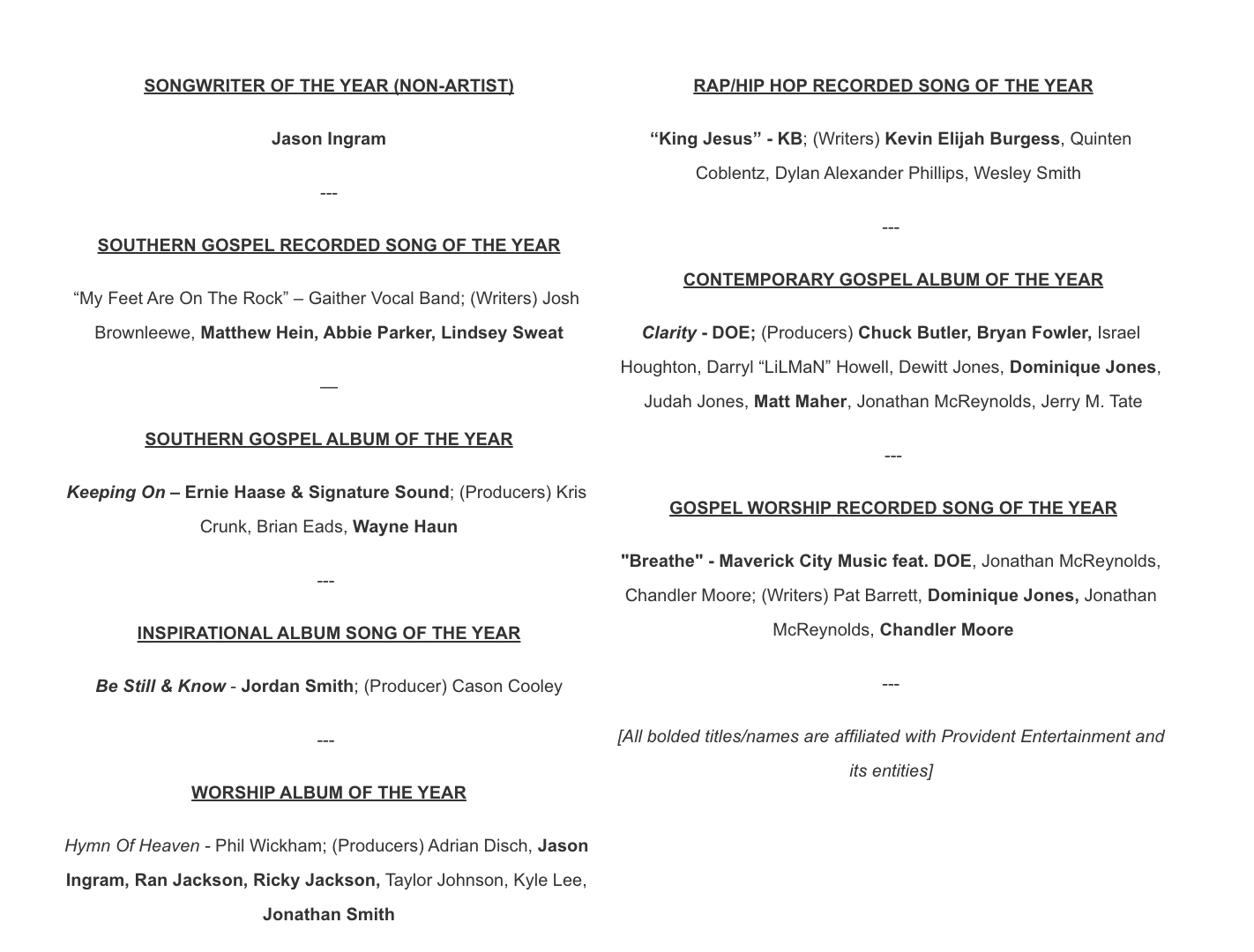