Posted at 17:56h in General, News by MergePR

St. Cyr Walked Away With Six Awards, Including Artist And Album Of The Year;
Embarking On The K-LOVE Christmas Tour This Holiday Season

21 November 2022 – NASHVILLE, TN / SEATTLE, WA – BEC Recordings artist Jordan St. Cyr swept the GMA Canada Covenant Awards, winning the most out of any other nominees. Held virtually this past weekend, singer/songwriter St. Cyr won an astounding six Covenant Awards for the 42nd annual event, including Artist of the Year as well as Album and Male Vocalist of the Year. He also won for best Pop Song, Live Music Artist, and AC Artist of the Year.

“Receiving 6 Covenant Awards tonight was truly incredible!” St. Cyr shared on his social media accounts. “Thank you Lord for the team You’ve surrounded me with and the songs You’ve put in my heart.”

St. Cyr will wrap his 2022 when he embarks on the annual K-LOVE Christmas Tour with Crowder, Matt Maher, and Katy Nichole, kicking off November 30. Along with performing a few holiday favorites, he will get to share his new holiday single, “The Wait Is Over” (listen HERE). Be sure to visit his tour page for the latest tour dates. 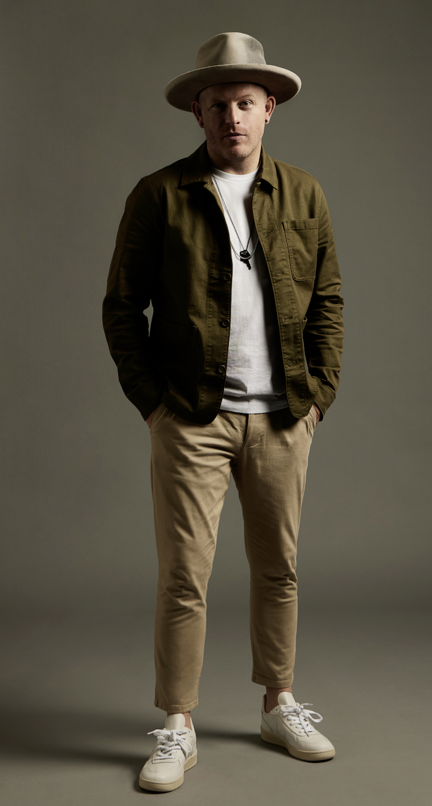 ABOUT JORDAN ST. CYR: Jordan St. Cyr is a husband and a father of two boys and two girls. His career hit single, “Fires,” appeared on the Billboard Christian Airplay charts for 45 weeks and climbed in the top 5. “Fires” has been played on major networks and stations for nearly 18 months, reaching millions weekly, while his single “Weary Traveler,” went No. 1 for multiple weeks on multiple charts followed by the chart-climbing “No Matter What.” Along with being nominated for Best New Artist at this year’s GMA Dove Awards, his video for “Weary Traveler” was also recognized for Short Form Video Of The Year (Concept).

Since the start of 2022, St. Cyr has performed at the annual March For Life in Washington, D.C. in front of thousands and completed a tour with Anne Wilson before joining Jeremy Camp’s spring 2022 “I Still Believe Tour.” This fall he toured with We Are Messengers’ Wholehearted Tour while also performing at various festivals around the U.S. This holiday season he is part of the K-LOVE Christmas Tour, joining Crowder, Matt Maher, and Katy Nicole.

Over the years, St. Cyr has had the opportunity to work alongside many amazing songwriters, producers, and artists who have encouraged him along his journey. He has played numerous events of all sizes and has revealed to him, humanity’s deep desire for meaningful connection and the hope to find something more vibrant than our current reality. With songs such as “Fires,” “Weary Traveler,” and “No Matter What,” St. Cyr continues on a pursuit of hope, even in our darkest moments, to know that God gives us stories to share and encourage one another through our fires and weary travels, to give us strength in the midst of them.
For more information, go to jordanstcyr.com and his social links below.