25 Jan A CELEBRATION OF FEMALE WORSHIP LEADERS, SONGWRITERS, AND CREATIVES UNITING AS WOMEN WHO WORSHIP

Posted at 16:20h in General, News by Lori Mahon

NASHVILLE, TENN. (JANUARY 24, 2023) In 2019, Capitol CMG Publishing hosted 45 influential female worship artists and songwriters for the inaugural “Women Who Worship Writing Camp.” Out of that and other writing camps, the Women Who Worship movement was birthed. Last year, this group gathered to unite and amplify the voices of women around the world and record a live album, which will release Women Who Worship on March 3rd in partnership with WorshipTogether. The Women Who Worship brand creates space where there is room for everyone at the table.

“What an honor it is to have a front-row seat to what God is doing with this amazing community of women,” shares Karrie Dawley, SVP of A&R. “I am Proud of my team for all the hard work they’ve put into this movement, and I am grateful to our co-Presidents – Brad O’Donnell and Hudson Plachy – for allowing us to pour into something that we all believe in and take on something that is bigger than just our company alone. Excited to see where God continues to take these songs and the incredible women who write them.”

The album’s debut single, “Firm Foundation [He Won’t],” is available now and features worship leader Lindy Cofer. Click here to listen to the first single or below to watch the live video recording. On this debut single, Lindy Cofer leads the powerful collection of women into a song of powerful declaration. Cofer is a missionary, songwriter, and worship leader part of the missions organization, YWAM (Youth With A Mission) Circuit Riders, located in Huntington Beach, California. Cofer and her team are passionate about seeing campuses, cities, and nations transformed and seeing a generation mobilized to fulfill the call of God on their lives.

“Being a part of the women who worship project was so special,” shares Lindy Cofer. “As Deborah rose with a song in the book of Judges, this project is a sweet fragrance of women gathering around Jesus to rise and release a SONG OF LOVE. When we recorded this project there was so much faith in the room. I look forward to more of these coming and can’t wait for you to hear and join the worship that was poured out in the room!”
Some of the women featured on the upcoming release include Cofer, Rita Springer, Leslie Jordan, Jessie Early, Emmy Rose, Cecily Hennigan, Shantrice Laura, and Enoila Abioye.

Images from the Live Recording of Women Who Worship, releasing March 3rd 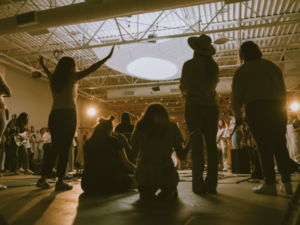 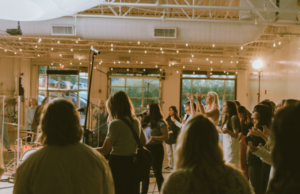 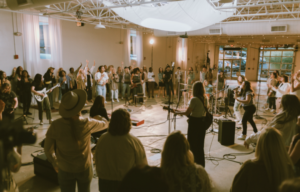 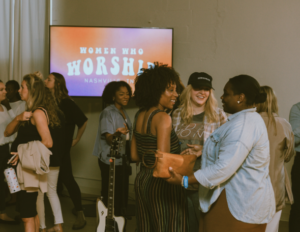 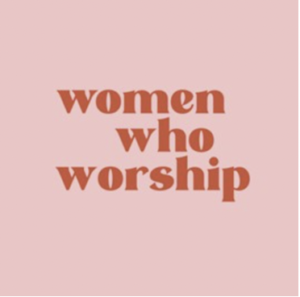 WOMEN WHO WORSHIP RELEASE A NEW SONG FROM THE UPCOMING ALBUM