Posted at 20:34h in Clients by Emily Ferguson 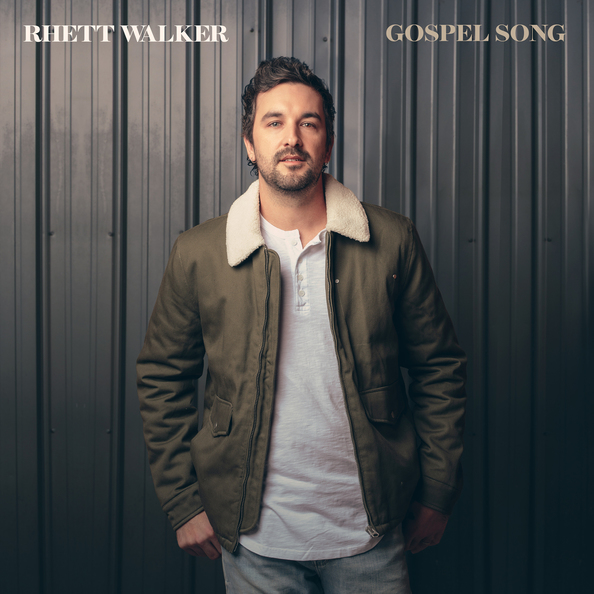 27 August 2021 – Franklin, TN – Gospel Song, the new EP from Rhett Walker, drops today courtesy of Provident Label Group/Sony Music. The latest project from the GRAMMY® and multi-GMA Dove Awards® nominated southern rocker and songwriter features five songs – the title track joined by “Revival,” “Let’s Go Down,” “All Joy No Stress,” which was co-written with Matthew West, and “Alright” featuring country star Jimmie Allen, who also co-wrote the tune with Walker.
“Gospel Song,” which has been hugely successful at radio, and its accompanying music video were released earlier this year. An infectious song that celebrates the spirit-filled message of the Gospel, is, as Walker shares, “…a reminder that God is still in the business of redeeming stories and changing lives. It’s easy to lose our focus and be surrounded with negativity, so I wrote this song to help refocus each day and look to the Gospel and its good news.”
Along with “Gospel Song,” the rest of the project is filled with more joyful and uplifting songs, encouraging listeners to fill their hearts with faith instead of fear and to always look for the positive in all situations.
Rhett Walker will be headlining the “Gospel Song & Tailgatin’ Tour” this fall where he’ll share his new songs along with many of his previously released hits. He will be joined by labelmate and “The Voice” season 9 winner Jordan Smith along with Todd Tilghman (winner of “The Voice” season 18), and Peabod. Stay up to date on the tour by visiting his tour page or click on the tour poster below.
Also, don’t miss an episode of Walker’s Front Porch Gospel podcast through K-LOVE Podcast Network’s AccessMore. With new shows posting weekly, along with special guests Walker talks about faith, family, and freedom, creating a much-needed space for families and friends to glean advice and encouragement.
ABOUT RHETT WALKER: In his career, Rhett Walker has released three albums, 2012’s Come To The River, Here’s To The Ones in 2014, and 2020’s Good To Me. Walker received a GRAMMY nomination for the single “When Mercy Found Me,” and is a three-time GMA Dove Awards nominees (New Artist of the Year, Rock/Contemporary Album of the Year and Rock/Contemporary Song of the Year).
His latest single “Gospel Song” follows the release of “Believer,” Walker’s most successful career radio single to date spending 25 weeks in the top ten at Christian radio. He’s toured with many of the biggest names in Christian music, such as MercyMe and Newsboys, and has appeared multiple times on the Grand Ole Opry.
Well-known for his hilarious stories accompanied by his southern drawl, listeners have been able to hear more from Rhett Walker when he kicked off his new podcast last year. “Front Porch Gospel” is available via K-LOVE Podcast Network’s AccessMore.com platform and everywhere podcasts are available.