11 Jun LESLIE JORDAN IS BACK WITH NEW A SINGLE, “GREAT I AM,” OUT TODAY

10 June 2022 – Nashville, TN – Leslie Jordan’s name has become synonymous with meaningful and groundbreaking worship music. The Nashville-based singer-songwriter and worship leader unveils new songs, starting with “Great I Am,” available today. The song welcomes listeners into her space – where songs become companions to those who embrace them. It’s the first release from Jordan’s upcoming project, All I Need To Know, coming July 22. 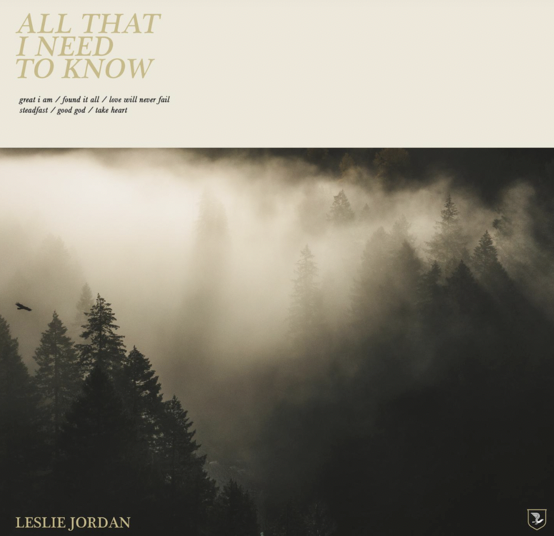 “Great I Am” offers a sound of peaceful folk, where soft songs and strong messages are carried by Jordan’s clean and warm vocals. The song was initially written in 2019 in YWAM Kona, Hawaii when she collaborated with YWAM’s local team to craft songs for their community. After appearing on YWAM Kona Music’s 2021 live album, “Great I Am” transcended its missionary context and stuck to Jordan for its simplicity and the way it reflects who God is, not just His greatness but His nature too.

With this new version of “Great I Am,” Jordan hopes to serve more people, sharing, “I believe in songs for the church because the church isn’t only on Sunday morning and Wednesday night. I think it’s in the car with your kids. I think it’s at a funeral for someone that you’ve lost that you love deeply. I think it’s at the top of a mountain that you’ve climbed or in the valley you’ve laid down in.”

“Great I Am” marks a new beginning for Leslie Jordan, not only musically but as an inspirational figure in the worship sphere.

About Leslie Jordan: Leslie Jordan is a creative artist living with her husband and son just outside of Nashville, TN. For ten years, she served on staff and led worship at an eclectic church just south of Nashville, which was made up of a large portion of artists, and from 2010 to 2018, she comprised one-half of the GRAMMY Award-nominated duo All Sons & Daughters. Jordan is currently one of the Integrity Music Publishing staff writers and also co-founded the Nashville-based non-profit, The Fold, where she now serves as Executive Director.
For more information, visit LeslieJordanMusic.com.

LOCAL SOUND DROPS THEIR LATEST PROJECT TODAY, TO THE KING
CITIZENS DROPS THEIR NEW SINGLE “EVERYTHING AND MORE”, WHILE ANNOUNCING MORE NEW MUSIC IS SLATED FOR LATER THIS YEAR
THRIVE WORSHIP RELEASES THEIR NEW LIVE ALBUM TODAY, POUR YOUR SPIRIT OUT