Posted at 21:48h in General, News by MergePR

NASHVILLE, TENN. (AUGUST 26, 2022) Northern Ireland worship band, Rend Collective, has released their newest album, Whosoever, available now. The album features 10 tracks including the recently released radio single “Plans,” and the vibrant anthemic song, “Let It Roll.” The record is about God’s vast, generous embrace – wide enough, for the prodigal sons, cynical older brother and any other label we might apply to ourselves or others. As the title of the album clearly states – the gospel is for everyone.

“Our big hope for Whosoever is that it would be more than just Christian music, but that it would be HUMAN music: an invitation for absolutely everyone to encounter and celebrate the good news of Jesus, regardless of what labels, mistakes or religious baggage we carry,” shares Rend Collective. “John 3:16 says: God so loved the world – no one is left out of that sentence. We all have access to grace and hope, and that’s what we’re singing about on this record.”

Celebrating this release, Rend Collective will head out on tour for “The Whosoever Tour” starting on September 14th through October 9th. The band will then join the MercyMe LIVE tour on October 20th. For more information, tour dates and tickets visit the band’s website here.

With more than 750 million career streams, a No. 3 Billboard Top Christian / Gospel album debut with their album Choose to Worship, a Top 5 radio single, “Counting Every Blessing,” and an RIAA Gold and Platinum single with “My Lighthouse,” Rend Collective is an authentic worship experience. 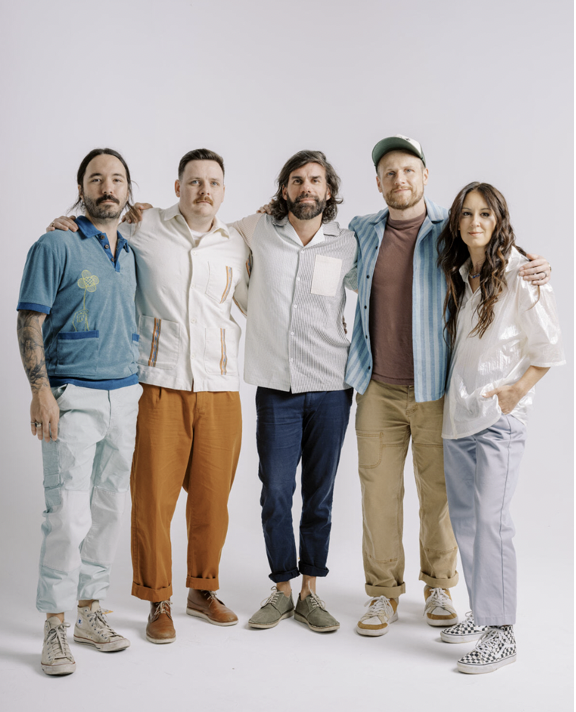 ABOUT REND COLLECTIVE: From a small, coastal town in Northern Ireland, Rend Collective forged a new palette for worship music. Trading synths for ukuleles and big halls for campfires, Rend Collective scuffed up the pristineness of modern worship, speaking directly to those who weren’t knocking on the church’s door. Now, they bring this same unique music to the world, leaving their sold-out audiences filled with joy, unity, and an authentic worship experience.

With career sales of nearly 800,000 albums, the group has seen many successes, including radio hit, “Counting Every Blessing” which hit the Top 5 on the National Christian Audience Chart, and their album “CHOOSE TO WORSHIP” charted at No. 3 on the Billboard Christian Albums Chart in the first week of its release.

The band has been a part of several major tours with top artists such as Chris Tomlin, Kari Jobe, Lecrae, and most recently, Mercy Me. Rend Collective is: Gareth Gilkeson, Chris Llewellyn, Ali Gilkeson, and Stephen Mitchell.