Posted at 17:56h in General, News by MergePR

The Welcome Wagon have also released a corresponding music video to the song, directed by Alex and Aaron Craig and filmed in Brooklyn, featuring the duo and friends in a church setting. Watch the video below.

Esther is The Welcome Wagon’s fourth album and is part of an ongoing audiovisual collaboration between Monique and Vito. Monique has made a painting to correspond to each of Vito’s songs on the album, three of which are featured in the album’s artwork, with a limited edition print of the piece “Isaiah, California” available as part of a special LP bundle. 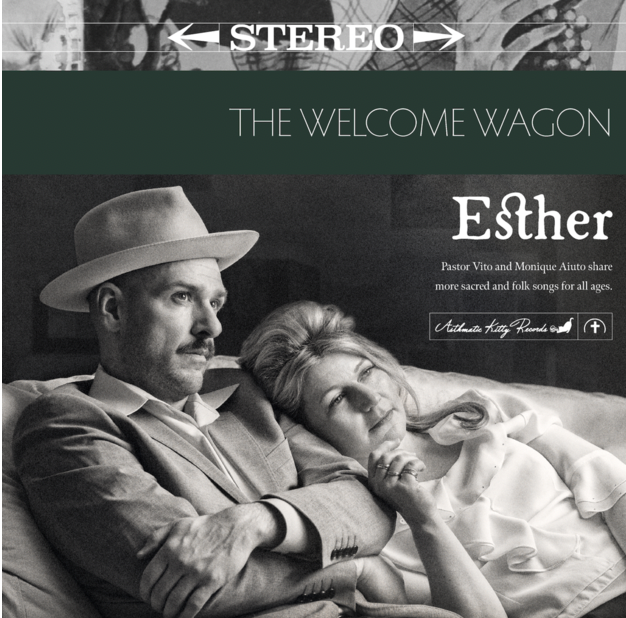 ABOUT THE WELCOME WAGON: The Welcome Wagon is a married couple, the Reverend Thomas Vito Aiuto and his wife Monique, who execute a genre of gospel music that is refreshingly plain. Their hymns are modest and melodic takes on a vast history of sacred song traditions, delivered with the simple desire to know their Maker—and to know each other—more intimately. Read more about The Welcome Wagon here.