11 Nov NEW SONG FROM CADE THOMPSON TITLED “THE ONE” IS AVAILABLE NOW!

Posted at 20:22h in General, News by MergePR

11 November 2022 – Nashville, TN – Rising contemporary Christian singer-songwriter and Red Street Records recording artist, Cade Thompson, releases another new song for fans today. Titled “The One,” the song is available everywhere you can stream music. Click HERE to listen. Written alongside Matthew West and AJ Pruis, Thompson’s “The One” delivers a feel-good anthem with the hope of encouraging listeners. 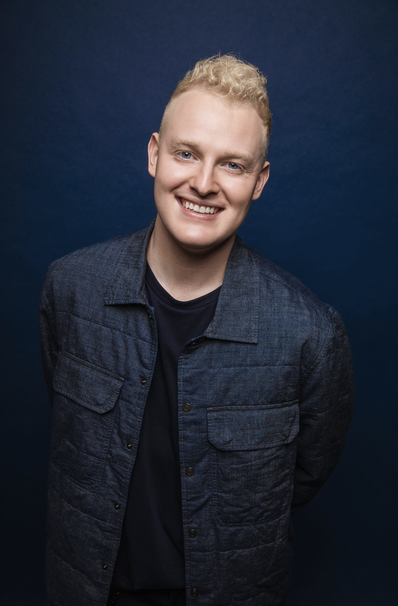 “There is one who leaves the ninety-nine and He won’t stop searching til’ He finds the one,” Thompson sings. The new song brings life to the parable of the lost sheep in Matthew 18 by describing the ways grace is given to all, including the lost. “We’re all far from home but that’s not the end of this story,” shares Thompson. “God so loved the world that He gave His one and only son Jesus, for you and me, so that we might be able to step back into a relationship with Him.”

“The One” is the latest from a series of releases, including “Lost Without You” and his current radio single “Arms of Jesus.” The songs will be included on Thompson’s upcoming sophomore album, slated to come in 2023. He is currently wrapping up a fall tour run with Building 429 as he prepares for the next chapter of music, which he feels is some of his best music yet.

ABOUT CADE THOMPSON: Red Street Records artist Cade Thompson is an energetic and soulful contemporary Christian music artist with a sound that appeals to believers and mainstream pop audiences alike. God has continued to reveal Thompson’s heart, the outpouring has resulted in a strong connection to his generation sonically and lyrically.

Shortly after finishing high school, he moved to Nashville, Tennessee. Following his move, he signed a record deal with Red Street Records, an independent Christian label founded by Rascal Flatts member, Jay DeMarcus. In February of 2020, Thompson made waves across the Christian music community with the release of his debut single, “Provider.” In August 2020, he earned his first Top 20 Billboard charting single, with the release of his second radio single, “Every Step of the Way.”

He has shared the stage with artists such as Michael W. Smith, TobyMac, Newsboys, Crowder, We The Kingdom, among many others, and has also seen huge success online, where his music has earned over thirty-five million streams to date. Thompson’s debut album, Bigger Story, was released in September 2021. In June 2022, Thompson released his current radio single “Arms of Jesus” followed by “Lost Without You,” both of which will be featured in his next project expected in 2023. Most recently, Thompson made his national television debut on TBN’s Huckabee Show, performing his current radio single “Arms of Jesus” as well as his debut single “Provider.”

ABOUT RED STREET RECORDS: Jay DeMarcus—member of Rascal Flatts, GRAMMY® award-winning producer, and bassist—launched Red Street Records in 2018. Along with DeMarcus, award-winning songwriter/producer, Don Koch lead the Red Street Records team with a vision for the future. The desire of Red Street Records is to touch lives and spread the Gospel of Jesus Christ through music. To that end, they seek to partner with musicians who share this aim and who strive to achieve it through their innovative and visionary craft. RedStreetRecords.com.